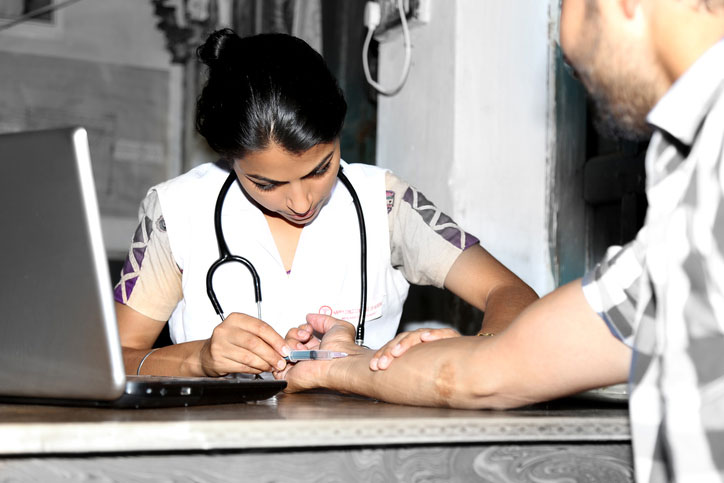 Regis University
Featured Program: Build your character with Regis University's B.S. or M.S. in Criminology. Competitive curriculum, expert mentors, and a dynamic community will prepare you to serve America as a member of the intelligence community.
Request Info

Car chases, double agents, and a hidden gun in an ankle holster are more likely to be plot devices for a thriller than something most agents in the CIA encounter on assignment. Anyone interested in a career with the agency is probably realistic enough to realize there is one critical aspect of this job that is often left out of Hollywood portrayals: A desk.

Like Hollywood, conspiracy theorists like to talk about the CIA’s capabilities in almost mythological terms; global puppet masters instigating coups and carrying out false flag attacks around the world. It’s undeniable that the CIA has an interest in maintaining the illusion that it is an all-powerful organization capable of toppling governments and manipulating the way history is written in real time – it’s entirely possible that the organization may even actively foster this misperception. How much is true and how much is a carefully crafted narrative to maintain an intimidating visage, the public may never know.

What we do know is that not all conspiracies reside completely in the realm of the theoretical. Here’s five conspiracy theories involving the CIA that turned out to be completely true and that are now part of the historical record.

The 14th Dalai Lama – the man whose smiling face we can all see in our mind – was on the CIA payroll to the tune of $180,000 per year for much of the 1960s, according to declassified documents from the State Department.

The episode involving CIA payments to the Dalai Lama and his exile movement starts shortly after the end of World War 2. Once Mao’s Communist revolution established itself as the commanding power in China it looked to bring Tibet under its control, resulting in the Dalai Lama fleeing into exile and seeking refuge in India.

In the context of supporting anti-Communist forces throughout the world, the CIA funded the Dalai Lama and his exiled group with the aim of fomenting dissent against Mao’s regime.

4 – The CIA Used Weather Modification as a Weapon

Maybe you’ve heard of how DARPA controls the weather throughout the world with the HAARP program, or how we’ve got a satellite that can trigger earthquakes wherever we aim it.

Those are some of the most widespread conspiracy theories about how the CIA’s capabilities include being able to control mother nature herself. However there is at least one documented instance where the CIA did control the weather to gain a strategic military advantage, and that was during the Vietnam War.

It involved the age-old technique of cloud seeding to make it rain more, used to this day by governments and farmers throughout the world in an attempt to alleviate droughts. While the effectiveness of cloud seeding is still debated, it typically involves an airplane flying through a cloud and releasing small particulates that give water vapor something to cling to so it can condense and become rain.

This is exactly what the CIA did in Operation Popeye during the monsoon season in Southeast Asia over the Ho Chi Minh Trail for a little over five years between 1967 and 1972. The goal was to wash out roadways and cause disruptive landslides on the route the NVA was using to move weapons and other provisions.

If rumors about the CIA and the JFK assassination weren’t enough, when Bobby Kennedy was assassinated by Sirhan Sirhan there were at least three CIA agents present. What’s more, the assassin claims he has no memory of the incident and that he was part of a CIA mind control program that made him into a brainwashed killer.

While there is no evidence to support the slanderous accusation implicating the agency in the Kennedy assassinations, the fact that it actually did have a “mind control” program is not disputed.

Known as Project MKUltra this was a program that from 1953 to 1973 ran a series of tests designed to study human behavior with the goal of identifying the best ways to gain information from detainees during interrogation.

It involved research into the feasibility of a truth serum – a drug that would inhibit judgment and make people willing to reveal their secrets. The program also explored the possibility of obtaining information through hypnosis.

While this program eventually proved to be controversial, it was not because it was brainwashing people to become assassins. It was because of ethical questions surrounding the experimentation of drugs like LSD on human subjects.

The CIA ran a fake vaccination program that eventually proved successful in hunting down Osama bin Laden. While it was controversial to use a medical program as cover for an intelligence operation – the CIA has since said it will not repeat this – the prospect of locating bin Laden was priority one and clearly trumped any ethical conflict someone might try to find here.

The CIA had tracked a courier to the place where they suspected bin Laden was hiding, but were struggling to confirm with absolute certainty that he was, in fact, inside. They had bin Laden’s DNA on file, thanks to the fact that his sister lived in Boston.

The agents realized if they could obtain DNA from one of bin Laden’s children who were living at the compound with him, and match it with his sister’s DNA, they could confirm with a high degree of certainty that bin Laden was indeed inside.

They enlisted the help of a Pakistani doctor who went throughout the city under the guise of the vaccination program, identifying each address, administering vaccinations and obtaining DNA samples. Eventually they identified bin Laden’s DNA through his children and the rest is history.

One of the biggest conspiracy theories out there is that 9/11 was a false flag attack. An important piece of evidence that is often cited to support this is the CIA’s proposed role in Operation Northwoods.

The existence of this operation is not a conspiracy theory, and was made public by the release of declassified documents way back in 1998. The proposal to hijack airliners and blame it on Cuba as a way to provoke a war against the new Castro regime was summarily rejected by the Kennedy Administration.